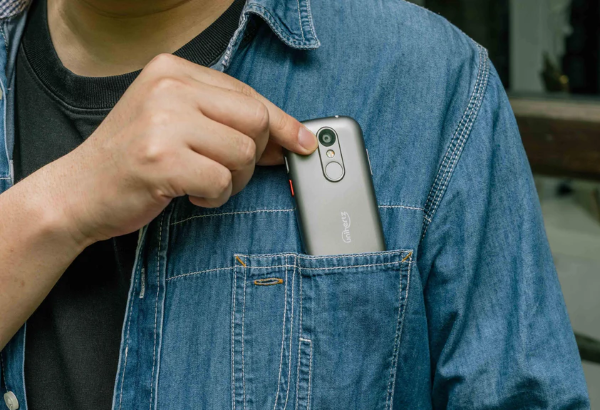 Nowadays, most of the new released smartphone models tend to come in slightly bigger and bulkier sizes than their predecessors. This is mainly because better components such as higher definition displays or even lithium-ion batteries that have a higher battery capacity tend to be slightly larger than the previous components that are meant to be replaced in order to make new smartphone models that are better than the previous ones. The main problem that comes with these better, but ever-increasing components, is that newer smartphones inevitably tend to get larger with each new generation that comes. However, not everyone is a fan of bulky and bulky smartphones, as some people do not need a smartphone with a high-end triple camera lens or the latest high-capacity battery to be able to use their phone for a full day. . Some people simply want a smartphone that is capable of performing the same in-app functionality from the latest apps that have been released so far. This is exactly what Unihertz Jelly 2E aims to deliver.

Unihertz Jelly 2E is a pocket-sized advanced smartphone that features a 3-inch display with a resolution of 480 x 854 pixels, a 16MP rear camera, an 8MP selfie camera, 64GB storage that can be expanded up to 512GB via Micro SD card, 4GB RAM, And the Android 12 operating system, a dual card slot that supports dual nano SIM cards, a fingerprint sensor, facial recognition, a programmable key for creating application shortcuts, an infrared port that allows the phone to control the TV and other electronic devices, a 3.5 mm headphone jack, In addition to Bluetooth 4.1, Wi-Fi and GPS connectivity, also unlocks Global 4G LTE connectivity, plus a 2000 mAh battery that enables basic daily use in one device full charge.

Also read :
How to use your phone safely

Tailored to meet all the daily needs of a typical smartphone user, this advanced pocket-sized smartphone is guaranteed to provide all the same functionality as the newly released flagship smartphone from competing brands, but with a fraction of those functions. usual cost.

Now, let’s take a more detailed look at the Unihertz Jelly 2E and talk a bit more about everything this pocket-sized smartphone has to offer you.

Starting with the size of the phone, the Unihertz Jelly 2E has a palm-sized form factor that, at just 3.74 inches long by 1.94 inches wide by 0.64 inches wide (95 x 49.4 x 16.5 mm), the phone is incredibly lightweight, weighing just a paltry 3.88 ounces. The ultra-portable, portable form factor allows it to fit easily into the pocket of any pants or shirt.

Unihertz Jelly 2E also has a simple and modern design, which makes it very discreet. More specifically, this small smartphone comes in an elegant silver finish, which gives it a very minimalist look. Moreover, the phone also has a fairly solid build, as it comes with a sturdy outer cover.

We turn to the different components of the smartphone. Starting with the display of the phone, the Unihertz Jelly 2E comes with a 3-inch display that is about the same size as a credit card, which comes protected by a high-quality glass front cover built with Corning Gorilla Glass.

Also read :
5 tips to make your Apple Watch more unique to you

When it comes to phone performance, know that Unihertz Jelly 2E is powered by 1.8GHz Quad Core A20 MT6761D CPU.

Then, as for the remaining hardware specs of the phone, this pocket-sized smartphone features 64GB of storage (expandable to 512GB using a Micro SD card in the secondary card slot from the dual card slot) and 4GB of RAM for processing power. .

Finally, as for its operating system, Unihertz Jelly 2E comes running Android 12 OS, with which the phone runs all its internal processes very smoothly.

We move on to the two built-in cameras on the phone. As mentioned before, the Jelly 2E comes with a 16MP rear camera, along with an 8MP selfie camera as the front camera.

Now we will take a closer look at the interface of the phone, Unihertz Jelly 2E has a very elegant and simple interface. 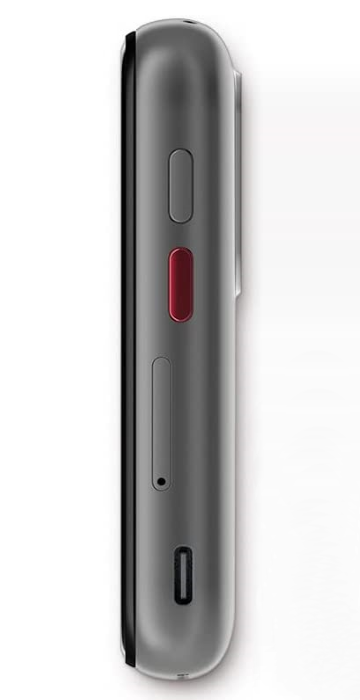 Moreover, as mentioned before, while the dual card slot supports the use of Dual Nano SIM cards, you can also use the secondary card slot to expand the phone’s storage up to 512GB by slotting a Micro SD card into it.

In addition, built into the upper side of the display of the phone, there is also the speaker dedicated to the phone, along with the infrared port (located in the upper left corner of the phone screen) that allows the phone to be used to control the TV. air conditioner and many other electronics.

Then, on the left side of the phone, we have the dedicated volume rocker. 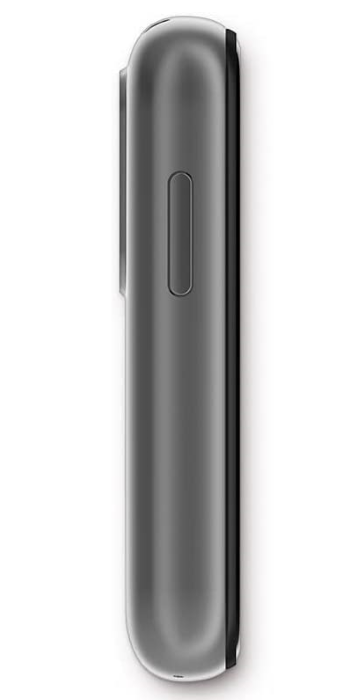 Not only that, but the phone also features an in-display fingerprint sensor, as well as facial recognition.

Finally, on the top side of the phone, there is also a 3.5mm headphone jack that can be connected to a pair of wired earphones for listening to music or other audio content.

For connectivity, the Jelly 2E not only features Bluetooth 4.1, Wi-Fi, and GPS (GPS is integrated, plus GLONASS, BeiDou, and Galileo, too), but it also comes with global 4G LTE connectivity (for which 4G cellular connectivity is open).

The phone also integrates several other sensors, including a G-Sensor, gyroscope, proximity sensor, ambient light sensor (which helps the phone’s screen adjust brightness settings automatically to save battery when possible), and a compass.

For its power, this pocket-sized budget smartphone uses a 2000mAh battery that enables basic daily use on a single full charge.

Unihertz Jelly 2E is an advanced pocket-sized smartphone that features a 3-inch display with a resolution of 480 x 854 pixels, a 16MP rear camera, an 8MP selfie camera, 64GB storage that can be expanded up to 512GB via Micro SD card, 4GB RAM, And the Android 12 operating system, a dual card slot that supports dual nano SIM cards, a fingerprint sensor, facial recognition, a programmable key to create application shortcuts, an infrared port that allows the phone to control the TV and other electronic devices, a 3.5 mm headphone jack, In addition to Bluetooth 4.1, Wi-Fi and GPS connectivity, also unlocks Global 4G LTE connectivity, plus a 2000 mAh battery that enables basic daily use in one device full charge.

Overall, this pocket sized budget smartphone is quite capable of offering all the standard functions that you can get from most of the other smartphones recently released in the market.

If you are interested in buying the Unihertz Jelly 2E, know that the phone is currently discounted from its standard price of $169.99, and is now only $159.99 (saving you $10). You can order it online now, either directly from Unihertz official shopping pageAlternatively, you can Order it from Amazonif you prefer.

Table Of Content [ Close ]0.1 final thoughts If you are a fan of online casino games, you will know that technology has paved the way for some great new and classic games. Better than this, it is Live casino. Here, you’ll find the latest cameras and software broadcasting live for real-life agents as they […]
Tekno

Table Of Content [ Close ]1. The most well-known official licensing entities and regulators of online games1.1 America1.2 Europe1.3 Asia1.4 Australia/Ocea When it comes to playing at any online casino site, there is only one really reliable way for online casino players to trust and trust in the fairness of the casino games they are […]
Tekno

When trading Contracts for Difference (CFDs), choosing a provider that offers the right mix of features and services is essential. With so many CFD providers available, how can you be sure to choose the one that best suits your needs and investment goals? Here, we’ll look at seven key factors to consider when choosing, from […]