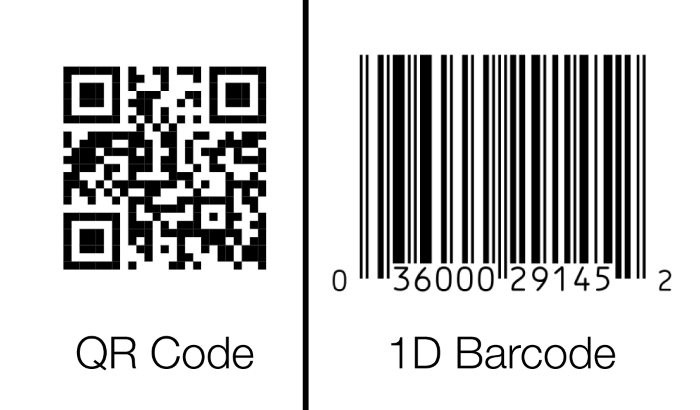 Thanks to technology nowadays, consumers are spending more time on their mobile devices (including smartphones and tablets) than ever before. For this reason, there are many different companies as well as mobile apps that resort to using QR codes, not only for advertising campaigns, but especially for marketing purposes. Basically, QR codes provide instant interaction between companies and customers, because they allow companies and businesses to store and track information very easily, either about the different services they provide, or in most cases, about the products they currently have for sale at suppliers. These QR codes are generated with an extension QR code generator.

Now, due to how widespread QR codes are on a global scale, they have recently become one of the most important marketing tools nowadays.

With that said, let’s talk a little bit about why QR codes and QR code generators are important in the 21st century.

What is a QR code?

First, let’s talk about what a QR code is. Simply put, QR Code stands for “Quick Response Code”. A QR code basically consists of a type of two-dimensional matrix barcode that is used to store information as a series of pixels organized into a square-shaped grid.

Also read :
Reasons why you should take bone broth protein

Their unique barcode format not only makes them faster and easier to read compared to standard UPC barcodes (meaning the type of barcodes that come in most supermarket products, etc.), it also allows them to have more storage capacity than standard UPC barcodes, since Each QR Code is capable of storing up to 4296 characters at a time.

All of this ultimately makes QR codes a versatile tool for various industries.

What are QR codes used for?

Now, it’s safe to say that you’ve probably seen QR codes in the last 3-4 years, as they are used pretty much everywhere, including not only on websites, but also in magazines and billboards, as well as in shops and coffee shops. bars, restaurants, museums, art galleries, and even check-in points in places.

Because of how easy QR codes are to read, they are actually a great way to simplify a customer’s user experience and ultimately ensure that every customer can access information about a product or service as easily, quickly, and efficiently as possible. In other words, QR codes provide a quick and easy way for customers to interact with brands from all over the world, whether it is to get information about a product, to easily make a purchase, or even to access, join or even sign up for a service.

Recently, QR codes have played an important role in Helping different institutions and companies track and assess the level of exposure of people attending different events to SARS-CoV-2 This is responsible for causing the disease COVID-19, which ultimately allowed these organizations to slow the spread of the virus in a very important way.

How do you create a QR code?

To generate a QR code, the only thing a company or business owner needs is access to a QR code generator. This is basically a kind of software that runs online which is used to generate/generate said unique QR codes with which the company/company or person who generates each QR code will be able to store a variety of data/information inside that QR code. Dimensional matrix (that is, its square-shaped grid) barcode format.

According to the purpose of each company, a QR code generator They can be used to generate QR codes that allow their future users to either access a website, view a PDF, listen to specific songs, watch YouTube videos, visualize one or more image files, connect to a Wi-Fi network, or any Another type of action that can be accessed/can be performed using a mobile device (be it a smartphone or a tablet).

To generate a QR code, all you (or any company/employer) have to do to generate a QR code through a QR code generator is to enter the given URL link (including downloading an app), a text file, an image-file, or any other type of digitally encoded content that their QR Code is supposed to bring users to when they scan it, and then customize the appearance of their QR Code either by choosing between different default templates or by finally customizing the appearance of their QR Code according to For their own personal preferences, then simply generate and download this QR code in one of the most popular image file formats to ensure it is easy to use and easily read by any mobile device.

How do you scan a QR code?

Now, when it comes to scanning a QR code that’s already there, that’s also a fairly easy thing to do, QR codes can be easily scanned/read by any digital device with a camera that supports QR code reading, with the most common examples being smartphones and tablets of course .

All you have to do is open your device’s default camera app (usually it comes pre-installed in the device), point your device’s camera at the QR code you want to scan, wait a few seconds, and voila. All the information that you were looking for from the mentioned QR code will be displayed automatically on your device screen.

On a side note, it’s also worth noting that due to how popular QR codes have become, more and more smartphone manufacturers have started releasing their new smartphone (and tablet) models with cameras that incorporate built-in QR readers, for which they are often used by the connected community. digitally today.

Why are QR code generators so important nowadays?

Given how widely QR codes are used nowadays, it is clear that QR code generators have become one of the most important marketing tools that companies can currently resort to in order to promote their advertising campaigns as well as to provide their customers with services, as well as to sell their products or goods.

Also read :
10 reasons why TikTok video marketing is essential for you!

What’s more is the fact that QR code generators are easy and straightforward to use, which enhances their usability even more.

All in all, QR code generators are very important nowadays for any business or company that is looking to achieve significant business growth in the coming years.

How to use your phone safely

April 3 is World Mobile Day because the first phone call was made on that date in 1973. The initial purpose of mobile phones was to improve communications traffic. Modern technology has far surpassed this function, ushering in a new era of connectivity. Historically speaking, there are very few examples of things people have become […]
Tekno

Table Of Content [ Close ]0.1 Best tickets to buy Have you ever dreamed of winning big once in a lifetime? If you do, just know that you are not alone. Having a winning streak in games or hitting the millionaire jackpot in the lottery is a secret wish of millions of people out there. […]
Tekno

Table Of Content [ Close ]0.1 final thoughts If you are a fan of online casino games, you will know that technology has paved the way for some great new and classic games. Better than this, it is Live casino. Here, you’ll find the latest cameras and software broadcasting live for real-life agents as they […]